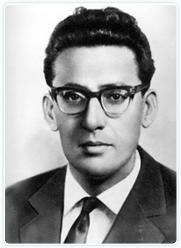 From Thessaloniki to Haifa

When Haifa Port was first built in the early 1930s, the local workers' council suggested the idea of bringing in port workers from the Greek port of Thessaloniki, which had a large Jewish community, to Haifa, so that most of the port employees would be Jewish. Abba Hushi, the Council secretary at the time and later the Mayor of Haifa, was charged with the task.

Hushi traveled to Greece and persuaded 100 Jewish port workers to return to Israel with him, together with their families. After his visit to Thessaloniki, Hushi wrote a report to the Executive Committee of the Histadrut Labor Federation:

In Thessaloniki there are several hundred workers employed in various jobs in the port, from coal carriers, a type of job that local Arabs in Israel are unused to and there they bring over Sudanese from Port Saïd, to porters able to bear 400 kg. loads on their backs… from these I selected about 100 men to work in Haifa. I spoke with each worker individually, carefully explaining to them all the difficulties of working life at Haifa Port…

Among the workers who came back with Hushi to Haifa were a few members of the Mano family, a Thessaloniki family connected to shipping, including a nine-year-old boy by the name of Mordechai Mano.

When he reached the age of 16, young Mordechai began working at the port and only four years later became the youngest sole agent to import goods from Turkey. He had a strong business sense and a special flair for making connections and building up relationships with people. Within a short time he flourished, acquired some small cargo vessels, began to import goods into the country, while continuing to expand his shipping business after the new State of Israel was established and pioneering Jewish shipping and finance in Israel in the early years of the State.

The partnership split up in 1966, at which point he established Mano Seaways Ltd. (Mano Netivei Yam). Since that time the name of Mano has been inextricably linked to the history of the State of Israel.

Mordechai Mano was known as a modest, honest man of vision with an outstanding talent for forging good relationships and business ties around the world. He became a source of pride to his adopted home town of Haifa and representatives of the Thessaloniki Jewish community in Israel. Mano died in 1969, leaving a wife, Esther, and four children. The youngest, Moshe was only 14 when his father died.

Moshe Mano, Mordechai's younger son, was 14 at the time of his father's death and decided in his 30s to follow in the family footsteps and fulfill his father's dream by establishing a new shipping company under his ownership: Mano Maritime Ltd. Within a few short years, Moshe Mano transformed his initially small company, employing some dozen workers, into Mano Holdings, one of the most prominent companies in the Israeli economy, with hundreds of employees. Today the Group is at the forefront of shipping, tourism and finance in Israel, and is considered the country's top vacation cruise operator. Other subsidiaries operate in the realms of real estate, technology, communications and high-tech. The Group continues, with pride and dedication, to make its mark on Israel's history and development.